Mylar - What it isn't 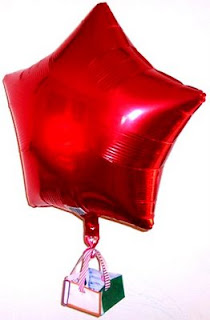 What it is: Dupont's tradename for biaxially oriented polyethylene terephthalate film, i.e., PET unless you the SPI making up recycling codes, in which case it is PETE. It is transparent. Now you know.

But here's the catch. PET is commonly metalized with an aluminum vapor coat, and for some reason, this has caught on with the general public as being the only type of Mylar, so that any and all examples of metalized films, PET or not, are called Mylar, and non-metalized examples are not.

Why? This is not an example of a trademark becoming a generic, such as nylon. This a trademark becoming generic but only in a certain embodiment. I can't think of any other examples of this. It would be like lotion-soaked tissues being known as "Kleenex", but all other Kleenexes would be known as facial tissues.
Posted by John at 2:14 PM