In this economy, that's always a good thing. Demand for their biosourced polymers is growing, and so they are expanding.

These polymers are polylactic acid - PLA - with the lactic acid produced from corn. 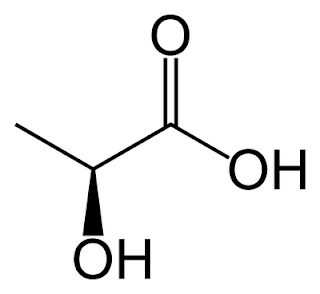 PLA can be made with great difficulty by polyermizing lactic acid, but the water is a byproduct and degrades the polymer. A clever way around this problem is to use lactide instead of lactic acid as a feedstock. 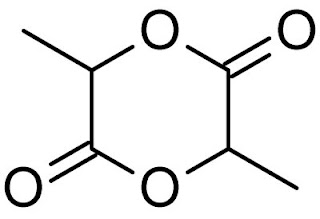 Lactide is a dimer of lactic acid minus a couple of water molecules. Polymerizing the lactide is much simpler without the condensation byproducts floating around.

This is another example where the name of the polymer is not descriptive of the monomer(s) use to prepare it. Polyvinyl alcohol is the most famous example. Vinyl alcohol, if ever formed, immediately undergoes a keto-enol rearrangement to form acetaldhyde. Instead, polyvinyl acetate is hydrolysed to form polyvinyl alcohol.
Posted by John at 12:28 PM