So you want to win an race of Epic proportions?

Just be sure you're named Lance and also a cancer survivor. 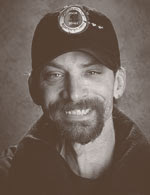 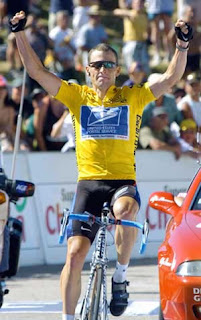 Lance Mackey (on the left) is about to win the Itidarod for the third straight time after surviving throat cancer. As of 1 PM CDT, he is past the last checkpoint and has less than 22 miles to go, while the closest competition is 50 miles behind. It's all over but the celebrating. A very impressive win based on shear teamwork and superior ability.

Lance Armstrong (on the right) won the Tour de France seven straight times after surviving testicular cancer. Despite all the focus on the man wearing the yellow jersey, all wins in the Tour are also based on teamwork and superior ability.
Posted by John at 12:57 PM