The Pink Flamingos are coming home 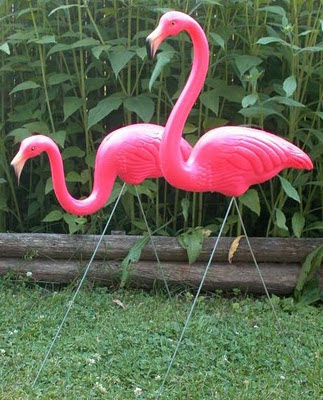 Most people think of “intellectual property” as heady stuff – state-of-the-art patents, trade secrets…Not pink flamingos. Apparently that is not the case. As reported in Plastics News (May 3, 2010), a Massachusetts company has purchased “…the intellectual property rights to the pink flamingo, as well as more than 200 blow molds and injection molds…”

I imagine the IP is the design, trademarks and copyright, which in some cases is quite valuable. Maybe not so here. I suspect that this is also one of those legally allowed monopolies that exist throughout the country, where there is only one manufacturer, but it is not an issue for the government since the demand is small and elastic.

The flamingos were originally made in Massachusetts, but production moved to New York in 2006 after the original manufacturer went bankrupt, so this is a move home for the kitschy artwork.

This is such a great resource that you are providing and you give it away for free. I enjoy seeing websites that understand the value of providing a prime resource for free. I truly loved reading your post. Thanks!

I just added your website on my blogroll. I may come back later on to check out updates. Excellent information!

I just added your website on my blogroll. Really enjoyed reading through. Excellent information!