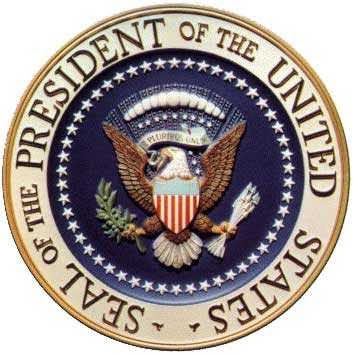 April 1, Lake Woebegone MN. - The race for the office of President now has a second candidate. Following the lead of former Minnesota Governor Tim Pawlenty, fellow Minnesotan Polly Mer threw her bonnet in the ring today and formally announced her candidacy for the 2012 Presidency. Polly Mer will be running on a platform of wood-polymer composites, biobased PLA bunting, and BPA-free polycarbonate teleprompters.

"Materials Scientists are getting into politics in record numbers. If Moscow can have a Mayor Resin, well then a President Polly Mer sounds pretty good to me. And everyone on both sides of the Atlantic loves my running mate, Sir Amic. I know people thought that Al Luminum was going to be my choice, but his name has been recycled too many times in the press and I looked at other elements in making this choice."

"We talked about this for a long time and decided it was the right thing to do. Our kids, Copolly and Terpolly, reacted quite well to the announcement. They want to go block by block to form a chain of voters. I told them that was o.k. as long as they kept the effort alive."

Polly Mer's run will be challenging, as she has not yet been fully characterized. The number and weight of her distribution lists are unknown. Independent analyst Dee Esse of Aspen Research Corporation said

"She may or may not melt under all the heat and pressure of the campaign; we just don't know yet. Some people just decompose, and that's never a good thing."

"It's important that she relaxes properly. There are a whole spectrum of possibilities, but she also needs to work on her tan - Delta has lots of flights to sunny spots and as long as she uses a good UV absorber, she'll hold up fine."

We here at "It's the Rheo Thing" wish Mrs. Polly Mer the best of luck in her candidacy!


P.S. I apologize right here and now for all the rheological puns. Everybody knows where they can find me - my email address is in the upper left. Go for it. Especially when I had to combine sentences in order to force a pun. Yes, I'm that desperate.
Posted by John at 12:01 AM