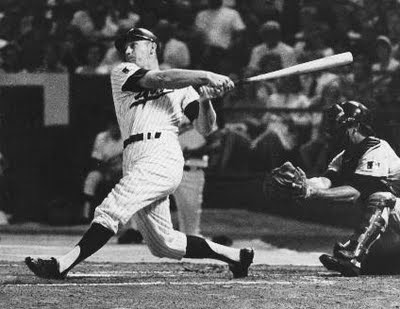 Part of my childhood passed yesterday with the death of Harmon Killebrew, the former Minnesota Twin home run king. Looking at that swing above, you can tell that it was an earlier time in baseball, when fastballs weren't topping 100 mph. The batter had that extra fraction of a second to take a bigger step and really turn into and around the ball. (That ball better had better have been over the fence as getting out of that stance to run to first would have been a real challenge, especially for a heavy guy like Harmon who never had much running speed.)

More than just the number of home runs (573, currently #11 on the list) was the distance. He hit the longest home run ever at the old Metropolitan Stadium, the place where I always saw the Twins play - certainly not the Metrodome. My favorite memory was of the red chair that marked where that ball landed on the upper deck of left field.

When the Stadium was destroyed to make way for the Mall of America, three significant steps were taken to remember Harmon. First, one of the roads along side the mall was named Killebrew Drive. Second, the spot where home plate use to be was marked inside the mall with a metal replica. 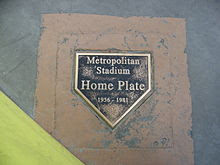 And third, the red chair was hung on the wall in the same spot it use to occupy in the stadium. 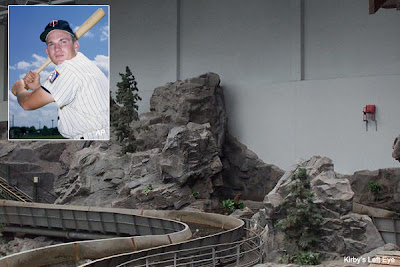 Goodbye Harmon; rest in peace.
Posted by John at 9:20 AM

Email ThisBlogThis!Share to TwitterShare to FacebookShare to Pinterest
Labels: I'm getting old, sports