A plastic wheel rim, made from BASF's Ultramid (nylon) with long glass fiber reinforcement:
While the engineers in the video make some backhanded references to the mass of the rims, the point that is missed is that the moment of inertia for these wheels versus metal is much lower, so that the car will accelerate faster. Let me explain with an example.

Back when I used to race bicycles, I and the people I trained with would have two sets of wheels for our bikes: a standard set that used clincher tires and another set that used sewups. You are most likely familiar with the former - the tire had a wire edge that you had to pry off with tire levels (let's be honest.. we all used screwdrivers didn't we?) in order to access the tube. Sewups tires are a completely different beast. The tire encloses the tube entirely and is sewn shut, hence the name. The really freaky part is that the tire is then glued into a small u-shaped depression on the rim. 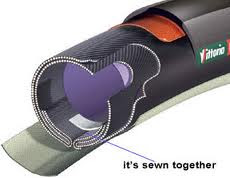 The sewup tire and rim is much lighter than the clincher tire and rim combination, I can't recall the exact weight difference, but back in the late 80's, it probably was about 100 g difference in weight between the two. The absolute difference of 100 g is not much, given that my bike was about 8 kg, and I was about 77 kg, but all that mass loss was at the rims so that the moment of inertia difference was big. Come race day, we would switch out the clunky clinchers for the lightweight sewups. Oh what a difference! It was so much easier to accelerate, a key factor in a bicycle race. With clinchers, it always felt like we were "wearing a showercap". We used them for training as fixing a flat was much easier than cutting open the sewup, fixing the flat, sewing the tire back together and then finally gluing it back on the rim. 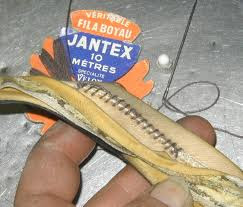 Back to the car rims, the new Ultramid rims are only a 12 kg weight reduction, but for the rotational weight in a car, it is huge. 100 g in a 85 kg bike + rider combination is 0.11%, and that was a very real difference in performance. 12 kg is 0.11% of 10,200 kg, far more than any car weighs, so the ratio of mass lost is even greater far a car than it was for the bike scenario I mentioned above.i.,e if the car weighs 1000 kg, then the mass reduction is 1.2%, a much greater improvement than in the bicycle example. Even though the mass difference isn't entirely located in the outer portion of the wheel, the difference in rotational inertia should still be quite noticeable. It would expect these rims to accelerate quite a bit faster, and that's big for improving the mileage of any car in stop-and-go traffic, gas electric or hybrid. Drag racing anyone?

Thanks for good stuff

The tail fairing gave them about a 1mph difference with it on vs off. Top speed for this little monster has been 31.16668 mph. (keep in mind this is a 4hp car) No word yet on what kind of mpg you can expect a full throttle....uber select alternative wailea

Plastic rims might be cool... if you're LAME! I myself prefer a nice set of replica rims for my ride.

That is great to know about these plastic rims. It is really ideal and seems cool, but how much more recyclable can they be in comparison to steel and aluminium rims.

Nice post. I discover something more challenging on distinct blogs everyday. Most commonly it is stimulating to see content off their writers and exercise a little at their store. I’d would prefer to use some while using content in this little weblog whether you do not mind. Natually I’ll offer you a link for your internet weblog. Many thanks sharing. airbrush for models

Great info! I recently came across your blog and have been reading along. I thought I would leave my first comment. I don’t know what to say except that I have.oil tank removal

I was impressed with the site that you created, so memotipasi many people to be more advanced, there also kunjugi me, as a comparison Aero Auto Glass in Phoenix, Arizona

The proprietor got uplifting news terrible news when the police found on the grounds that while they recuperated the exemplary vehicle, he had placed in a case for the robbery with his protection strategy after the burglary numerous prior months, so the vehicle went to the insurance agency instead of being gotten back to him.autance.com

Good blog! I really love how it is simple on my eyes and the data are well written. I’m wondering how I might be notified when a new post has been made. I have subscribed to your RSS feed which must do the trick! Have a great day! luxury car mats

The best deer skinning knife you choose will also largely determine its usefulness. A folding pocket knife might seem like a good idea at first for its compact nature, but extended use in the great outdoors might result in it getting jammed and, therefore, broken and potentially made useless. As such, a fixed blade is probably a better option.