The Two Sides of Plastic Man

Throughout history, "Plastic Man" has taken many forms. The oldest version is the comic book graphic novel hero. Being plastic, he was able to assume a vast array of shapes such as 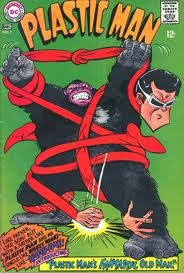 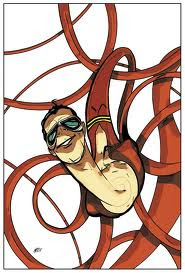 All this fame and glory earned him a spot on US postal stamps back in 2006:

(I never saw it - at that point I was too deep into upperclassman chemical engineering classes to watch TV.)
But,like all Superheroes, "Plastic Man" had his dark side, as can be seen in this video from Sonny [*] and Cher from 1968:


The Kinks also had their own song "Plastic Man" the following year with entirely different music and lyrics (that Heaven for small favors), but equally disparaging:
From Superhero to Superzero - the life of Plastic Man

[*] This man went on to be come the Mayor of Palm Springs and then later, a US Congressman, believe it or not.

Yeah, I love this comic book, "The Two sides of Plastic Man" I Can't Read this Whole Comic because I have a Regularly Online Class, So I need an Academic Person who can take my online class for me. If anyone is Available So, plz Contact me As Soon as possible.

case study help is one of the most popular subjects in college. Whether you're a student or a teacher, we have the best case solutions available.

Our experts have years of experience in providing finance assignment help online. So, don't worry about getting low grades anymore.