I recently had to clarify for someone what the term "vinyl" means. The confusion arises from the fact that it is commonly used by the general public, not just chemists. For the former group of people, the term refers to the polymer "polyvinyl chloride" (PVC), such as the vinyl drainpipes sold in hardware stores. For a chemist however, vinyl refers to a mono-substituted ethylene molecule, such as the vinyl chloride monomer (VCM) used to make PVC. [1] 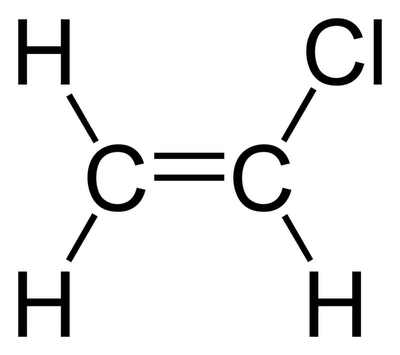 You can see that the general public uses vinyl as a noun, while chemists use it as an adjective, a word to modify a noun, such a vinyl group, vinyl chloride, vinyl acetate, etc. But even for chemists, the use of "vinyl" for a mono-substituted ethylene group isn't consistent. α-olefins are a good counter example. 1-hexene is not ever referred to a vinyl butane [2]. I am unaware of any particular rules defining when to use and not use "vinyl", other than to state that it is not acceptable at all for IUPAC - they prefer the term "ethenyl".

[1] Di-substituted ethylene groups (assuming both substitution are identical substituents and are on the same end of the double bound) are called vinylidene groups, such as vinylidene fluoride, F2C=CH-, entities that are far less common than vinyl groups.

[2] Or would "vinyl butyl" be more correct for this incorrect construction?

I'm used to listen at "vinyls" which are completely different, mostly 30 cm wide with a 7 mm hole at the center; black but not always, as in the case of the translucent green "Hunky dory" which is right now on the turntable...
Of course, chemical knowledge should not be such a subjective item.

Definitely an oversight on my part. If I would have taken an extra 33 1/3 seconds on the post, I might have remember to include it.

I'm not sure what the rules are, other than what has traditionally been used - vinyl alcohol being an obvious example. As I hinted in the original post, it doesn't exist as it undergoes a keto-enol rearrangement to acetaldehyde.

That said, I would call acrylates a vinyl as they are mono-substituted, whereas the methacrylates are disubstituted.

"Allyl" refers to the 3-carbon entity H2C=CH-CH2-, so it has a vinyl group in it, but it is much more so than just a vinyl group. Allyl chloride would have to be called vinyl (methyl chloride) or some such monster.