Peak Plastic? Not a Chance

I assuming by now that we've all heard about the concept of "peak oil", that at some point in time (past, present or future - the exact date is open to plenty of debate) a maximum rate of oil production will occur that will never be obtained again due to dwindling oil supplies in the earth. The concept has also been applied to other natural resources - "peak coal", "peak gas", "peak uranium", "peak phosphorous", "peak water", and even "peak nitrogen".

But now Prof. Debra Chachra is stating that there will be a "peak plastic" event, since after all, there will will be a peak oil event. 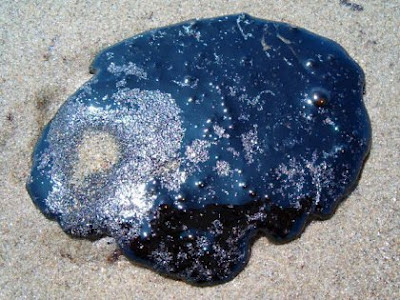 People are so use to the concept of making petroleum into plastic and other chemicals that they don't accept what a technological miracle it really is. Think about petroleum - what it's really like. It's a nasty thick black goopy mess of stuff. It sticks and it stinks and 150 years ago people couldn't imagine it having much use at all. When you look at it, do you see the potential plastic in it? I admit, I don't. But is there really a problem that we don't see it? We can make plastic from something that isn't the least bit like plastic because of our knowledge of chemistry. A vast array of chemists and chemical engineers entered the scene and figured out how to make something useful from it.

So at some point, we will run out of oil. Which means that we can't make any more plastics from it. Does that mean we won't be able to make anymore plastic at all? That, as Dr. Chachra suggests, we will have to mine landfills for plastics to recycle? Or does that mean we might have to rely on the creativity of chemists and chemical engineers to make plastic from something else, something else that we don't see the obvious connection of raw material ---> plastic? Such as corn? Or sugarcane? Or mushrooms? Or mad cow carcasses? Or anything else that isn't quite as limited of a resource as petroleum is? If you look at a pile of corn, do you see the potential plastic in it? I don't. What about sugarcane? Or mushrooms? Or mad cow carcasses? Is there anything that you look at that immediately puts into your mind the idea "Oh, we can easily make plastic with it"? I can't imagine anything.

And yet, all those items I just listed have already been used to manufacture plastics (corn, sugarcane, mushrooms, and mad cow carcasses), and there are plenty more feedstocks that have been used too. Luc Averous and Mike Tolinksi have compiled lists on their blogs of what's been used, and my employer is actively involved in the matter and getting some exciting preliminary successes.

So why the fearmongering in creating the concept of "peak plastic"? It just ain't going to happen.