Stuart Cantrill, the Chief Editor of Nature Chemistry has commented via Twitter on more than one occasion that when he leaves his home in England and travels to the US, he is annoyed that the TV screens are bigger than the towels. Since I had the joy last week of taking an old-fashioned road trip out west, I decided to research the matter for myself. Here's some of what I found: 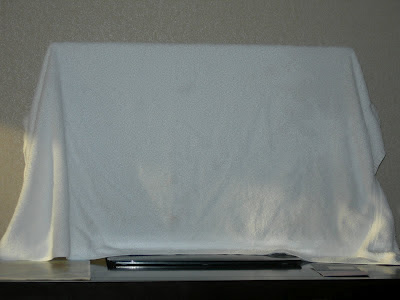 At the Days Inn in Silverthorne Colorado,the towel is clearly larger than the TV. Score: towels 1, TV 0.

I found a similar towel/TV ratio at the Holiday Inn Express on SR 595 in Las Vegas: 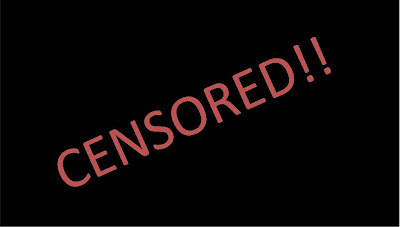 Rats! It looks like "What Happens in Vegas Stays in Vegas" is more than just an expression. Well, you'll just have to take my word on it. Towels 2, TV 0.

In fact, the only spot that I found where the TV was larger than the towel was at one of the gas stations in Irvine: 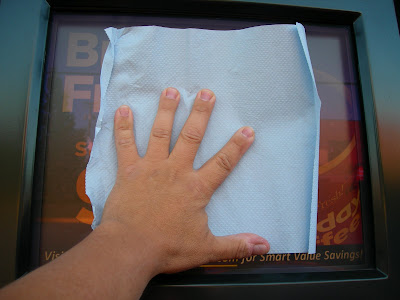 for a final score of towels 2, TV 1. I certainly hope that Nature Chemistry is has a big enough travel budget that that aren't forcing their people to overnight in 24-hour gas stations! .

Clearly more research is needed. If I put in for a grant now, the funds should show up this winter so that I can research the towel/TV ratio along the Gulf of Mexico.