I ran across a new twist on that packaging form that everyone loves to hate: the clamshell. You know, those clear packages that you can't open with scissors or a knife or probably even a machete. Unlike what the women in this picture is attempting, I do not recommend using your teeth: 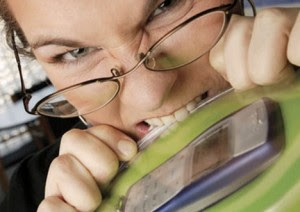 If you do ever get it open, you risk hemorrhaging more blood than the Red Cross could collect from you in two years.

As I've mentioned in the past, I don't like clamshell packaging. I do understand the rationale for it, such as improved visibility and ease of displaying the products, the other argument that is relevent here is that it also reduces thievery - since the package is so big and difficult to open, it also means that would be theives can't open the package easily in the store and slip the small valuable items out under their clothing.

So while I was installing a few new smoke detectors in the house this last weekend, I was quite both pleased and shocked to find that the clamshell packaging was pre-perforated for easiy opening. Look at this picture: 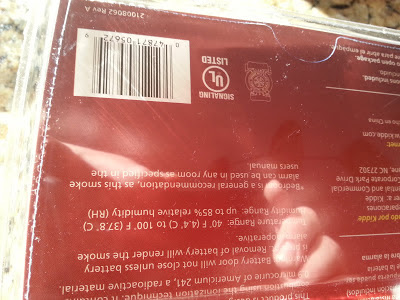 You can even see in the upper right hand corner a small cut to insert your finger in. No scissors, knife or stilletto needed! 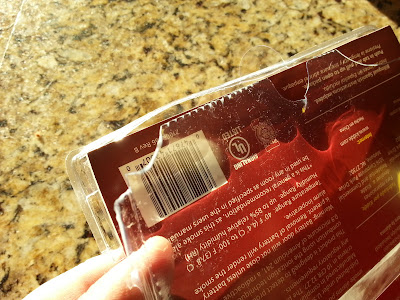 The packaging didn't tear perfectly along the perforations, but it still worked just fine. But doesn't this eliminate that one argument in favor of clamshell packaging?

Agree with the first fact on "opening issues of clampshell packs". Since one of the important parameter that define effectiveness of any pack is its "user convenience - ease on opening" feature. Thereby, analyzing the problem, blister pack manufacturers have come up with the solution provided in the second fact..providing perforations.

It's hard to tell if this is in favor or against clamshell packaging. It still helps it to sell, and you can easily tell if it's been opened by someone else. But I'll agree, because it is easier to open this way, it does go against the fact that it's hard to open. Thanks for sharing!

Unknown said...
This comment has been removed by a blog administrator.
8:55 AM