We've all heard of bizarre attempts of people to kill themselves through unusual means, and being a chemical engineer, ones using chemicals always catch my attention more, but swallowing unreacted polyurethane foam is a new one on me. Yet that is what an Indian man attempted this week. He opened up the hatch and downed a diisocyanate and a polyol (undoubtedly with some water in it)[*]. Catalyzed properly, these chemicals will react more-or-less on contact to create a hard foam. The man had access to the chemicals as he used them in his line of work to seal cracks around air conditioners.

I have several thoughts:
What is more surprising (or maybe not) is that this was not the first person to attempt suicide in this manner. The Journal of Trauma has a 2008 report ($-per-view) of a similar attempt, also unsuccessful.

For this newest case, the foam was easily removed and not surprisingly was in the shape of the stomach and the esophagus, reconfirming that drawings in anatomy books are correct: 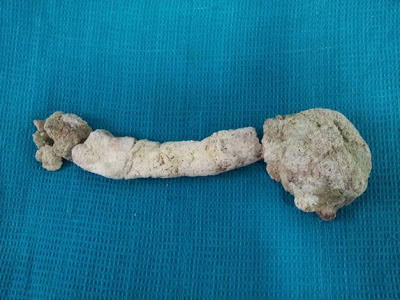 This anatomically detailing reminded me of another suicide attempt in which a women injected elemental mercury. Much of it moved to her lungs where an x-ray showed the most beautiful imaging of bronchial tubes I've ever seen: 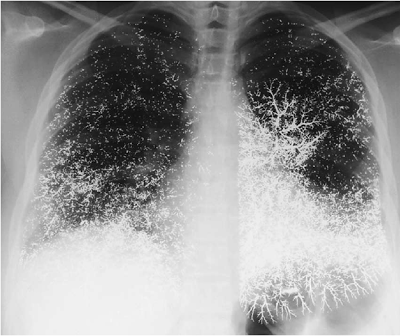 This also should make you question exactly how paranoid we really need to be when worrying about mercury from a broken thermometer or fluorescent bulb.


[*] The easiest way to foam a 2-part urethane is to include a little bit of water in the diol/polyol. It reacts with the isocyanate to form a carbamic acid, an unstable entity that decomposes to an amine and carbon dioxide.
Posted by John at 9:47 AM

Holy crap. If I were going to off myself I think I'd want to make the last moments of my life as pleasant as possible. But that's just me.

Poop outta my ass locked in time. Just like this comment. I love you still Jenny, come back home if you're reading this

Excellent article plus its information and I positively bookmark to this site because here I always get an amazing knowledge as I expect. Thanks for this to share with us adsorbent manufacturers