Elephants and Plastics - They Go Together

The trade magazine "Reinforced Plastics" was tripping down memory lane and republished this photograph that was one it's first cover from September 1956: 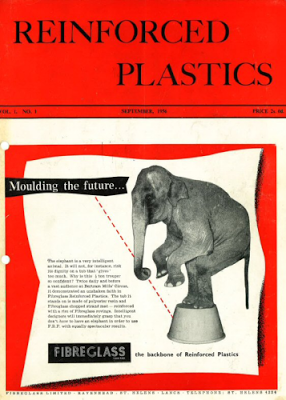 The connection between the elephant and reinforced plastics is that the drum that the elephant was mounting was made from a newly introduced material, FRP, which stands for Fiberglass Reinforced Plastic, but is better known by the general public simply as "Fiberglass".

While we may all think that the elephant had no idea that it's photo was being used to support the burgeoning plastics industry, the elephant's thoughts may surprise us. After all, before plastics existed, elephants were killed just to acquire their ivory tusks for such important uses as billiard balls and piano keys. Without plastics, this photo certainly would not have happened (on so many levels). So the link between elephants and plastics is far more relevant than it first appears. Which is a good thing, because: 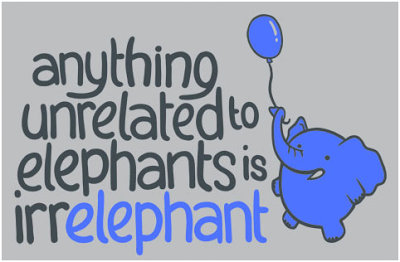 Email ThisBlogThis!Share to TwitterShare to FacebookShare to Pinterest
Labels: composites