Can We All Just Get Along?

Plastics News reported last week that both the states of North Carolina and Alabama has proposed laws that would require that biodegradable or compostable plastics be clearly label as "not recyclable".

This could get ugly.

The public in general already has a hard enough time understanding that most plastic is recyclable (see for instance this classic example I once personally witnessed). Even fewer people know and that it can and should be recycled. But these news proposals would take a quality that is generally seen as being desirable - compostability/degradability - and making it stand in opposition of recycling. I don't see how anyone can think that this will help the public in the least.

I understand the technical issues here. Taking the ubiquitous PET (polyethylene terephthalate) bottle as an example, PET is not by itself considered compostable/degradable. However, there are additives available that do increase the degradability of the PET. Additionally, other similar plastics such as PLA (polylactic acid) are similar enough in appearance that they can inadvertently get mixed in the recycled PET stream. Either of these options could play a significant role in reducing the durability of the recycled PET. The suppliers of the additive and makers of PLA will argue otherwise, but no one has yet studied if there are any additive or symbiotic effects if more than one impurity/contaminant is present. So yes, there are very real concerns that the degradable materials will harm the durability of recycled plastics, and these need to be addressed. But this law is a really lousy idea.

This could get ugly. This law is going to divide the industry and force parties that should be united together to face off against one another. The plastics industry as a whole has enough of a bad reputation. The makers of compostable/degradable materials will continue to get their name dragged through the mud along with everyone else and covered with the same broad brush. More and more people are ganging up against consumable plastics regardless of source and final resting place, so we all need to be in this together. 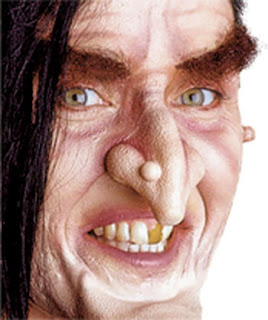 I've said in the past that I don't support the idea of compostability/degradability in general as it is a long-term treatment to an immediate need, and I still feel this way. Much like the doctor would take immediate reaction to remove an ugly wart from your nose rather than apply a cream that will work in 90-180 days, bags and bottle and packaging materials polluting a roadside need to become invisible immediately, not in 90-180 days after then have photodegraded. But those issues are beside the point in this discussion.

My proposal would be that any material that has a compostability/degradability additive not be marked with the corresponding SPI (Society of the Plastics Industry) recycling codes 1-6, but instead either become a 7 ("Other") or not be marked at all. To mark it otherwise is to contaminate valuable waste streams.

I thought that the previous proposals by the SPI to expand the number of recycling codes was a bad idea, but marking materials as "not recyclable" is even worse. The public will be confused and the plastics industry will be internally divided. Increasing the effectiveness of the nation's plastics recycling industry is already challenging enough without these additional issues.

A plastic bag in the park is even uglier.