The Ultimate Insult - Being "Plastic"

Using the word "plastic" as an adjective is generally not desirable, at least as far as the general public is concerned. Items made from plastic are generally considered not as desirable as those made from other materials; the movie "Mean Girls" had "the Plastics" - a small clique of girls that are not portrayed as anybody desirable, as is "plastic" surgery. Having spent well over 2 decades working with plastics, I'm well aware of the general demeaning sentiments associated with my career choice.

So now apparently the ultimate name that you can place on a soccer fan is to be called a "plastic fan". [*] Apparently this is a worse insult than

although not being British, most of those terms wash off like water off a duck. The author defines

"[a] plastic fan [as] one whose allegiance to a team is not determined by geography or family ties. He or she is a glory hunter." 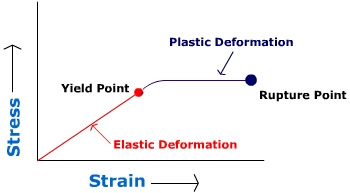 Maybe the term is actually not a bad choice. The origin of the word describes the part of a stress-strain curve where elasticity has been lost and permanent deformation is occurring. (Unlike traditional materials of metals, ceramics and glass, most polymers do have a plastic deformation feature and so came to be associated with the term as an alternate name.) The end result is that the plastic can cover quite a bit more geography than it originally did. Polypropylene for instance, can routinely be stretched to 50x it's original size. So if a fan is jumping geography to support a team, it isn't too much of a stretch [grin] to describe them as plastic.

While being called a "plastic fan" may hurt, to me the worst insult to any soccer fan is to be called a soccer fan.


[*] And yes, I am calling it "soccer", not football. The journal "Soccer and Society" is published by Taylor and Francis, a British company. If they can call it soccer, the rest of us should too.
Posted by John at 10:27 AM

The deep you dig into the subject and give us the accurate data is appreciable.Michigan Plastic surgery here is their website https://www.surgeongate.org/