The Failed Dow Chemical/Kuwaiti JV: Is it finally over?

Dow Chemical has again posted another nice quarter, and if it keeps it up much longer, it might just be able to tell one of its biggest investors that they aren't so special anymore. You make think I am talking about Daniel Loeb, the activist investor who took up a large position back in late January complaining about how poorly the company was managed. Ever since that investment (and by that, I mean the very next week), Dow started posting good results. Daniel Loeb initially was able to meet with Dow's CEO to discuss their divergent viewpoints, but I doubt that Loeb gets anywhere near Midland anymore.

And while it might seem that this individual is who Dow might be ready to tell "buzz off", there actually is another investor: the venerable Warren Buffet. 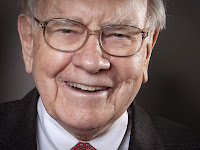 That's right, the Oracle of Omaha. Suprised? I was.

You probably aren't surprised however, to learn that Buffet's large stake in Dow Chemical is rather unique. It is preferred stock and it pays a very nice dividend. Mr. Buffet picked up these special shares back around 2009 when Dow suddenly found itself in a bit of a pickle. It had intended to start a joint venture with the Kuwaiti run PIC. Dow was contributing existing assets to the JV and PIC was to pay Dow for them. But about that time, the price of oil drop and PIC didn't have the cash. Unfortunately, Dow had already pledged that cash to the purchase of Rohm and Haas, and Dow wasn't about to let the deal fail just because the Kuwaiti's were tight on cash. Enter Mr. Buffet.

He ended up with a lot of preferred stock, but Dow will be able to convert them to common stock if they can keep the stock price above $53.72 for 20 days. The stock is now flirting with meeting those requirements and Dow will not hesitate a minute to enact the conversion as doing so would save them $255 million [*] in dividends a year. While Dow would be excited about the conversion, I seriously doubt that they will tell Buffet to take a hike. Being well-known as a long-term investor and being financially successful in doing so, he is the type of individual that companies would love to have buy their stock. (And besides, if he dumped his $3 billion position in short order, the stock would certainly take a big dip.)

This might be the last chapter of that messed up JV deal with PIC, but I could still be wrong. I previously thought that the $2.5 billion settlement was the final word, but now there is this. So it this really the end, or are there other sniggling details yet to be found?


[*]As a followup to one of the comments below, I added the word million here that was lacking in the original post.

Opps, looks like I'm by a factor a of million. Thanks for catch.