The Death Ray returns to my backyard

Back in February I wrote about the Death Ray that I had in my back yard. This Death Ray is formed from sunlight reflecting off of the curved panes of glass on the south facing windows of the house. Back in February, the curvature concentrated the sunlight enough that it could melt snow, even though the sun was fairly low in the sky and the air temperature was only 10 oF.

6 months later, the Death Ray has returned. Now that the weather here in Minnesota has gone from extremely wet (and cloudy) to extremely dry and sunny, the Death Ray is wreaking havoc on areas in my lawn. Here is picture taken from a similar location to the ones I shot last winter: 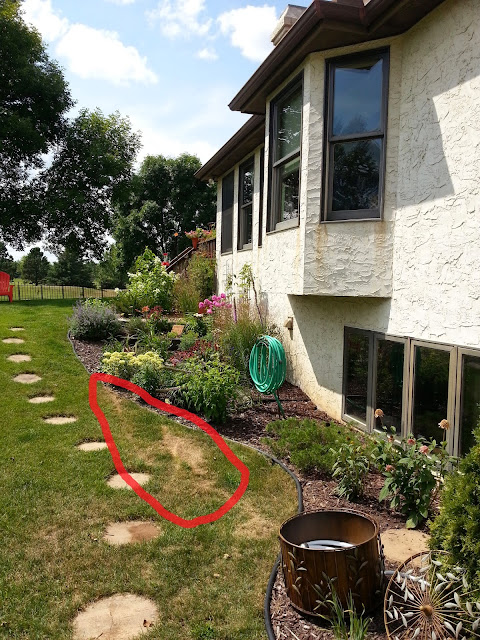 This is looking to the west and the sun is off frame to the upper left. The sunlight is coming down from there, reflecting off the windows and hitting the grass. While the overall lawn is not especially green due to the lack of rain, it is scorched in the area encircled in red, and the unusual lines are tipoff to the cause.

In this next photo, the encircled area on the right has a bright caustic in it where the sunlight is concentrated after reflecting off the window: 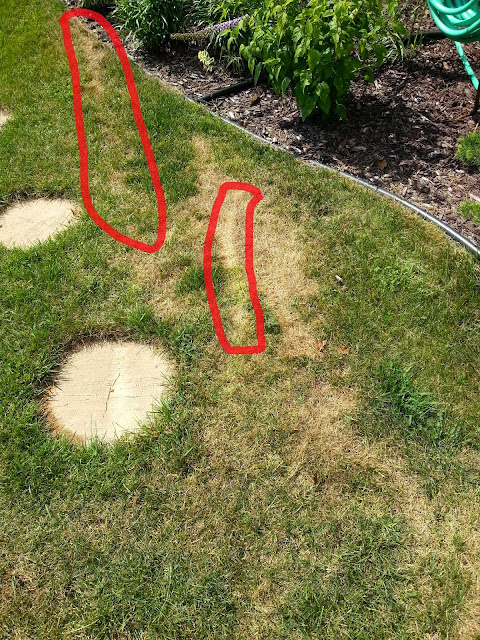 Back in February, Chemjobber suggested that I build a snowman in the path of the Death Ray, ala "Goldfinger". While I would love to have the Death Ray eliminate weeds in the yard, that area is devoid of any. Crabgrass and broadleaf weeds are easily eliminated via modern agrochemicals, and the quackgrass invading my yard, for which chemistry has no answer just yet, is well removed from this spot. Maybe some sundried tomatoes? It's a great idea, but there is nothing diabolical about it.