I last wrote about Lindsay Lohan in April of 2013. Since that time, she has kept a pretty low profile as far as the plastics industry is concerned. But that all changed this morning when the Daily Mail published photos of her and a plastic bag: 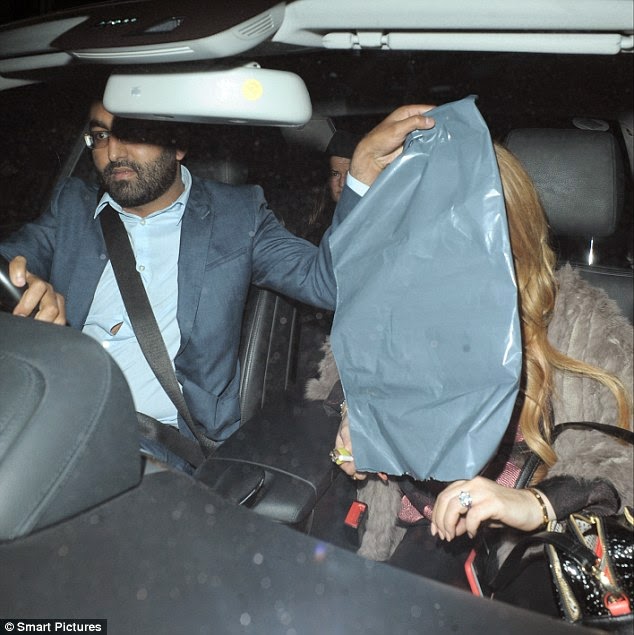 That's her behind the bag, leaving for home(?) after performing onstage in London last night. (The article has more photographs that show that it is indeed Lindsay.)

She can get away with this in London, but pulling the plastic bag stunt in California is going to become pretty difficult. The state just past a law banning plastic bags. So what are all the actors and actresses going to do? Hide behind a paper bag? That would make them to butt of way too many coyote jokes. Maybe Hollywood will need to change their stance and call for a repeal of the ban. Their privacy needs to be respected.