Bette Midler: "She doesn't let plastic in her house"

Bette Midler was making some outlandish statements recently (it's not as if that is news), and as you might expect, plastics got in the crossfire:

"She doesn’t let plastic in her house."

That's pretty amazing. I wonder what strange materials she has in her bathroom. Start with the toilet seat. While most are plastic, wood ones are available. Having sat on bare wood toilets on more than one camping trip, I think we can safely assume that she would not subject her derriere (or the derriere of houseguests) to splinters that could be challenging to removed. But the wood can't be painted, since the paint has plastic in it. It can't have a urethane or acrylic coating either for the same reason. Shellac or another biobased coating would be a possibility. Maybe she has metal toilets with no seats such as in prisons? 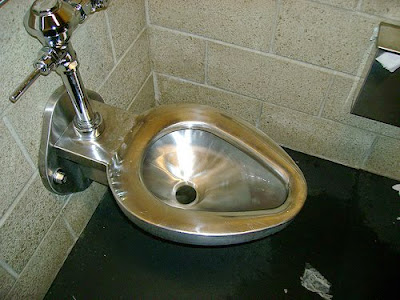 No Bette, there is plenty of plastic in your house and you let in all kinds of it whether you realize it or not.

[*] There's a long story behind that night. It involved no illegal activity and the cell door wasn't even locked. But that's another story for another time. And come to think of it, there is a plastics angle to it. Some maybe next week...

December 12, 2013 - Some Goofy Thoughts on Plastic Bags Being Seized