Is Kim Jong Un the next Queen of England?

One of the claimed advantages of polymeric currency is the increased difficulty to forge the notes. While forging the notes might be more difficult, it is apparently pretty easy to alter them as can be seen in this image: 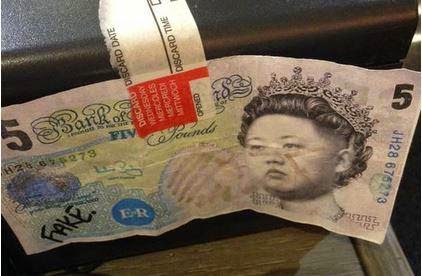 I think it's a pretty well done. It's just a little bit early for April's Fools day however. (Know anyone brave enough to ask him for his reaction?)