Hardly a day goes by without someone suggesting a new use for drones. But using them to study ocean plastic? I doubt that that will work well at all.

Glancing at the article, you would think otherwise, especially with a picture like: 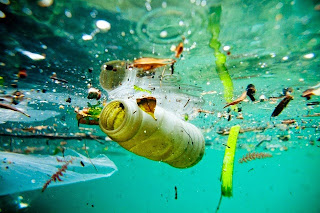 leading off the article. If the plastic pieces were actually that visible, drones would be helpful.

But the reality of ocean plastic is quite different. A researcher from the Scripps Research Institute recently took a picture from the middle of the eastern Garbage Patch. This is what she saw: 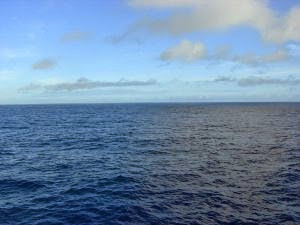 Quite a different perspective, isn't it.

This is not a denial of the Garbage Patches and Ocean Plastic. The plastic is there alright. But you have to look closer and concentrate to see it since it looks like this: 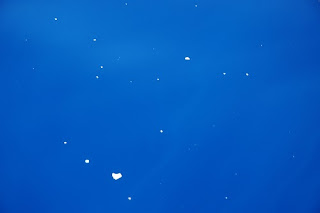 It's mostly small particles and not very closely clustered together. Which is most unfortunate, as that dilution prevents the plastic from being recovered.

Unless these new drones have super powerful magnification and a smooth ocean surface, they aren't going to useful at seeing much of any except the big stuff. Certain groups of people are okay with finding just the big stuff, because that can then be used to paint the evocative images of "Garbage Patches" and "Floating Islands" "the size of Texas". But that is not the least bit representative of reality.

Robert said...
This comment has been removed by the author.
1:03 AM


Fantastic blog! Do you have any tips and hints for aspiring writers? I’m planning to start my own website soon but I’m a little lost on everything. Would you propose starting with a free platform like WordPress or go for a paid option? There are so many options out there that I’m completely overwhelmed .. Any suggestions? Many thanks!
remove before flight

The drones are the good choice for the running and racing that’s why there are lots of people who are loved to do the drone racing. And for this race, they purchase specially design racing drones which having the best quality features which are built for racing.

The repairing of the drone is not an easy, not everyone can fix your broken drone and this will become too hard for everyone when the drone has broken wings. So if you want to repair your drone wing then you must need a professional person who can easily fixed wing drones for you.

Mostly peoples are not trying it to use the drone in the water. You have captured some beautiful pictures with the experience. Keep working on the Floating Islands.https://dronesforthebigboys.com/how-do-drones-work

You managed to hit the nail upon the top and also defined out the whole thing without having side effect , people could take a signal. Will likely be back to get more. Thanks
Tangki Panel

The secrets as well acted to be the fantastic way to recognize that many people have the identical dreams the same as my personal own to figure out way more with reference to this problem. I believe there are many more fun instances in the future for individuals that examine your blog post.
Jual Septic Tank