The US plastics industry lost a significant figure on Monday, Don Featherstone. You probably don't recognize the name, but his most famous product is something quite familiar to most Americans, even if it is seen as kitschy and TTFW [1] - the plastic pink flamingo.

PlasticsNews has a short obituary that fails to mention that Don won the 1996 Ignoble Prize in Art for his creation. [2]


"...but I think you have to remember that initially, they were a sign of taste. People thought that they were actual attractive decorations for their lawns. It was only after the snobs among us decided that this was a sign of bad taste, and then we had cities ban them..."

I've never owned one, but I have faint memories from 45 or more years ago that my parents might have had one or two. (I'm sure only to pull a joke on a neighbor, sticking them in their yard under the cover of darkness.)

You do have to wonder how many plastic pink flamingos will be on his grave, both at his funeral and in the years to come. 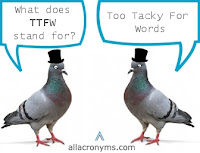 [2] 1996 was a good year for the Ignobles. The Chemistry award was given to George Goble for lighting a barbecue in 3 seconds with the help of liquid oxygen.

He gave the bird to almost as many people as Audubon.