What's in a Name? Marketing Gobbledygook #2

Last year, Bayer announced that it would spin off it's business group that supplies polycarbonates, polyurethanes and their components and also adhesives and coatings, a unit currently called Bayer MaterialScience (yes, there is no space between Material and Science). Since they will no longer be part of Bayer, the name needs to be changed. It was announced last week that the new name would be Covestro. And of course, such a name needs an explanation and they have a doozy of one:

"The name Covestro is made from a combination of words that reflect the identity of the new company. The letters C and O come from collaboration, while VEST signifies the company is well invested in state-of-the-art manufacturing facilities. The final letters, STRO, show the company is strong. It is strong in innovation, strong in the market and with a strong workforce."

Some questions:
This explanation is almost as bad as the one given a few years ago when Stryon was spun-off from Dow Chemical to become Trinseo. I think we can rest assured that both these names were decided by some overpaid outfit that sat around sipping Chardonnay, coming up with new, fun sounding names and then pasting together a horrible backstory for them all while receiving a huge paycheck and being nominated for industry awards. 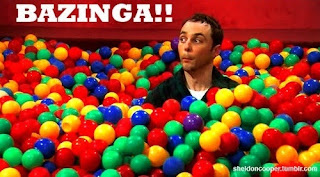 Don't believe me? Well it's too early in the morning for the Chardonnay, but let me show you how it's done. And to make it tougher, let's go with Sheldon Cooper's favorite word, Bazinga!

"The "BA" comes from Bayer, where the company came from; the "Z" is from the last letter of the alphabet, meaning that the company will last; the "IN" stands for intelligent, which is what all our customers, suppliers and employees are; and the "NGA" comes from lasagna, and who doesn't love lasagna?"

Don't laugh. This is no worse than the explanation for Covestro and Trinseo, and anyone who thinks otherwise can comment below, but only if they assure me that they can actually write their arguments without laughing. Besides, it only took 2 minutes start to finish. Can I collect my multimillion dollar paycheck now?

The worst part about all of these poorly constructed names is that they are (supposedly) derived from words that management types like, but not the practicing chemists. Do we really care about a company being "well invested in state-of-the-art manufacturing facilities"? Let's try devising a name starting with what we all really want from the company in the first place: great, cheap chemicals. "Greachchem" is an easy start, but now let's marketize it some. We have a "chch" in there which we can reduce to just one making it "Greachem". Good, but not sexy enough. Change the "ch" to an "x" to make it "Greaxem". But why stop with one "x"? After all, ExxonMobil and Lanxxess didn't, so let's double it up to "Greaxxem". Or do we go all the way with making it sexy and call our new company "Greaxxxem"? Best of all, google searches for any version of this (1, 2 or 3 X's) show that we have a new name without any prior users. Success! and this was even faster than explaining Bazinga. Now all we need is a cheesy stock photo for a logo maybe with a Texas carbon or two and we're ready to take over the chemical industry: 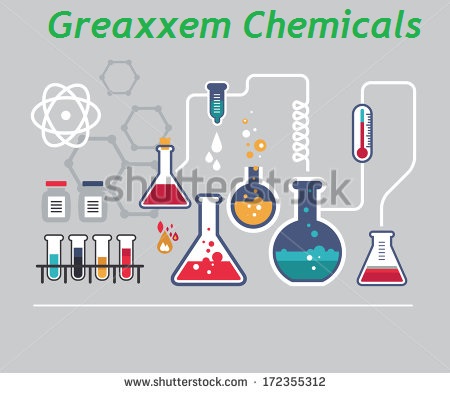 Devising a company name for "overpaid, underworked chemists" and "on-time delivery without excess packaging" are left as an exercise for the interested student.

June 10, 2013 - The Future of Sustainable Polymers: Bio-based Monomers or Polymers?