One of the more fascinating puzzles in contemporary polymer science is polydopamine. As you might guess, this is made from polymerizing dopamine, a fairly simple molecule:

Even though this monomer has been polymerized and extensively studied for 8 years, there still is disagreement on what the structure of the polymer is. And this has nothing to due with whether the polymerization proceeds through the 3- or 4- hydroxy group. The hydroxy groups are not part of the polymer's backbone (as far as anyone can tell!).

Look at this rogues gallery of structures that have been proposed: 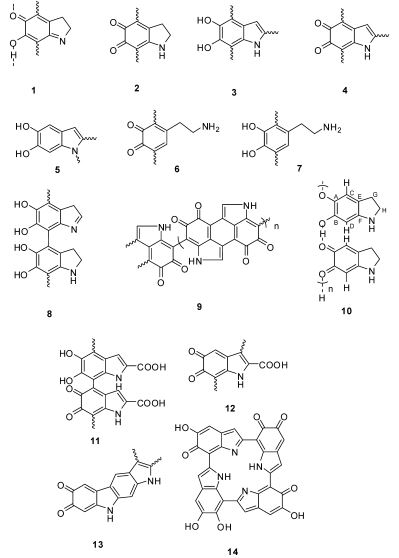 All from such a simple monomer. Heaven forbid someone would want to copolymerize something in along with it.

While polymer science is fairly advanced and the number of good mysteries is being reduced, I'm glad something like this can come along once in a while to keep us on our toes.