Are plastics to blame for a diplomatic spat?

Plastics are often unfairly blamed for many problems in the world, but being blamed for a diplomatic spat is novel. But that is what the Daily Mail is doing. The Queen was heard to say that the Chinese in a recent visit were "rude". She thought that she was speaking privately and in a low enough tone to not be widely heard but that was not the case.


"Her majesty was clutching a clear plastic brolly in the drizzle, but it appears it amplified her comments and sent them towards a microphone belonging to her own personal cameraman. If her majesty was using a typical umbrella or the sun had been shining her comments would not have surfaced."

The Chinese were bothered by the remarks, but I don't expect much to come of it in the long run.

But are plastics really to blame? I think the shape of the umbrella is this case with its deep bowl and the not the flatter design of say, a golf umbrella would play a huge role. But more importantly, the article notes that the cameraman was using a "sensitive directional microphone". So did the umbrella play a role at all? Since even more sophisticated electronic eavesdropping equipment exists, the Queen really should be careful with any remarks she makes in any public area.

There is the old American expression from World War II "Loose lips sink ships". Perhaps her Majesty would do well to consider it. 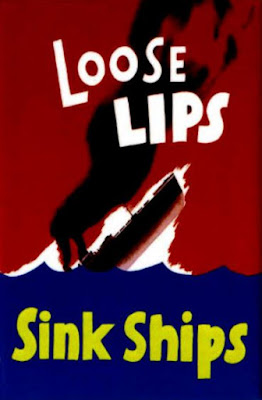