C & E News is reporting a new iron-sulfur based gel that catalyzes the formation of ammonia from nitrogen. In contrast to the existing Haber-Bosch process which heats the nitrogen to ~ 400 oC under ~ 200 atm of pressure, this new process is performed at room temperature and in water. Depending on whose estimate you look at, the Haber-Bosch process uses between 1 and 2 % of the world's energy.

The social significance of this reaction is far greater, in that the product, ammonia, is then used to either directly as a fertilizer or it can be converted into ammonium nitrate - also a fertilizer, but one that is less hazardous to handle. The process was invented just over 100 years ago and has revolutionized agriculture. Prior to the invention, nitrogen fertilizers were limited to guano. With this new process for fertilizer preparation, agricultural production began to increase exponentially (as did population), so much so that it has been estimated that 80% of the nitrogen in your body has been inside a Haber-Bosch reactor. [*]

While I can see the potential for this new discovery, my more immediate thoughts (and ones that I would not have had just a year ago before I started teaching) are regarding chemical education. General chemistry is rife with multiple discussions on the Haber-Bosch process. The text that I use discusses it repeatedly in the sections on equilibrium, Le Chatelier's principle, the ideal gas law, partial pressures...No more Haber-Bosch process and the book needs a major rewrite.

Actually, I seriously doubt that a major rewrite would occur. Once a textbook is established, it becomes a Katamari Damcy ball that increases in size with each new edition as more and more material is added and nothing is taken away. The text I use still has a overview of qualitative analysis of metallic elements: 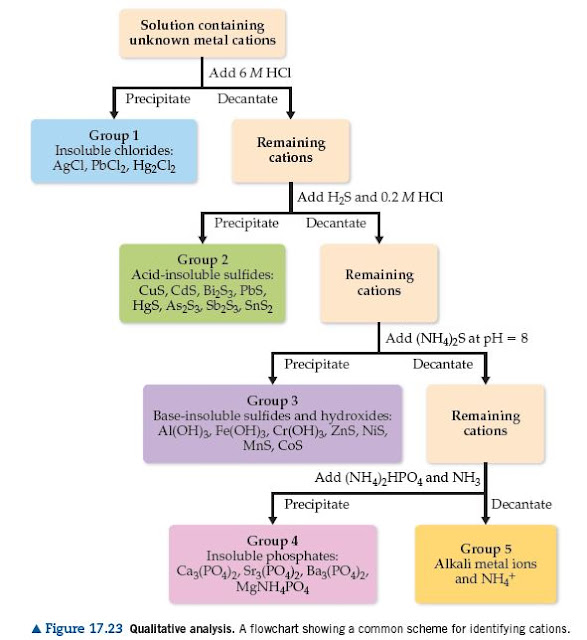 Seriously? Haven't the authors heard of an ICP? Look at the buckets of hazardous waste that this scheme generates. Also note shown in the scheme is that a flame test is proposed as the final step for identifying sodium in the alkali metals. Why don't we just send a telegraph of the analysis back to headquarters, using a gravity cell to power the process while we're at it since we seem to be stuck in the early 20th century?

No, the more likely outcome is that new textbooks would just not include the Haber-Bosch process and that would be a loss due to its usefulness in tying together so many concepts. It also gives us a chance to talk of the full work of Fritz Haber and to get students to start thinking early on about the ethical concerns that they and other scientists may have to face. Time will tell. Most new discoveries never make it far from the bench, and that is the likely outcome for this one as well.


[*] I've seen that 80% figure before, but never looked at the original source. Check it out for yourself (the article linked above is open access) and you'll see that there is no reference provided for it. So is this another one of those mythical numbers without any basis, such as the "8-glasses of water a day" legend?

Email ThisBlogThis!Share to TwitterShare to FacebookShare to Pinterest
Labels: engineering